The first media coverage from barrel tastings of the 2007 vintage Chateauneuf-du-Pape sounded like more hype from producers and distributors in desperate need to sell product in a terrible economy (Best in five decades. Unequalled in history. Etc.). Other areas of France drew mixed reviews for the 2007 vintage.  However, a recent tasting of 21 wines from Chateauneuf-du-Pape vintage 2007 provided powerful proof of the quality of the vintage.  The 21 wines were tasted during the Sixth Annual Robert M. Parker Jr. Wine Seminar and Tasting to benefit the Wine Advocate Scholarship Fund, which provides wine education courses at the Rudd Center, Culinary Institute of America, Greystone Campus. Parker provided an introduction to the history of wine growing in Chateauneuf-du-Pape and then led the tasting in the Ecolab Theater

He said Chateauneuf-du-Pape is the epicenter for Grenache, which has been a blending grape throughout history and is a difficult grape to make great wines. The vines need to be pruned aggressively and the grapes hand-harvested as late as possible so sugar is at 25 brix, translating to wines with 14 to 15 percent alcohol. The wines don’t need chaptalization (adding sugar in fermentation to increase alcohol levels). Juice from old vines gets no wood aging.

He said 2007 is the greatest vintage he ever tasted in the southern Rhone. Wines from this fine vintage will be at their best from years four through fifteen, Parker said.

“The brightness in these wines is extraordinary,” he told the assemblage at the Culinary Institute, which included winemakers from different countries, collectors, educators and media.

Parker selected the order of the 21 wines. It started with the more traditional styles (old vines, concrete tanks, whole clusters) to some newer style wines with steel fermenters and some oak aging (from large old barrels to selected lots aged in small new oak barrels). My tasting notes broke the wines into three groups: classic, excellent and very good. In analyzing the rankings and the incredibly close scores, mathematicians would say the differences among the first seven wines were statistically insignificant.  The same for wines eight through fourteen, then wines fifteen through twenty-one.

On any given day, as they say in the National Football League, one wine might rise to the top of its group or even higher given the conditions, the environment, time of the day, order of wines served and a myriad other factors, including the stylistic preferences of the person doing the tasting. In this tasting, I tended to favor the wines made in the traditional style, with whole clusters going into the fermentation tanks and little or no use of wood. Here are my rankings from that day, with brief notes on the blends and fermentation techniques for the top eight wines: 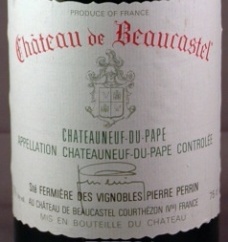 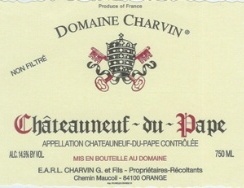 Subsequent tastings of 2007 vintage Chateauneuf-du-Pape wines in a broad range of prices from $15 to $50 added further validation to the quality of the vintage.  Even if it’s only trying one bottle for a special occasion now, or setting aside cases for the future, your experience with these classic wines from the southern Rhone will be memorable.

California Wine: Beyond Napa and Sonoma Cabernet Sauvignon and Chardonnay

A Red, White and Ros?? Holiday

The Spring Red Wine Collection – Palate Pleasers from $8 to $375