East Side Adventures in Paso Robles — Wine, Sculptures, Parties on the Backroads

The challenge with plotting your wine adventures around Paso Robles is narrowing the field from among the growing ranks of quality wineries seemingly on every hilltop and secluded canyon or hillside along the curving backcountry roads.

Our strategy was to divide the region into four quadrants: north and south on the west side of Highway 101 and the same on the east side, then starts plotting. The west side is most highly populated, particularly in the quadrant south of downtown Paso Robles, with wineries dotting both sides of Highway 46W, Vineyard Drive and many side roads. At four wineries a day, you could be busy for a week or more.

The website for the Paso Robles Wine Country Alliance is a good place to start. It has interactive features for planning your itinerary, as noted in the first post on “Paso Robles Rising,” covering west side finds. As we headed east, we checked for facts. The average annual rainfall for the city of Paso Robles is 15.5 inches. It ranges from eight inches in the eastern portions of the AVA to as much as 45 inches on the far western ridges.  The site further notes that the area benefits from the largest swing between high daytime and low nighttime temperatures of any region in California. Summer daytime temperatures range between 85 and 105 degrees Fahrenheit, but nighttime low temperatures usually can drop by 40 to 50 degrees, which winemakers say helps wines exhibit intense varietal character.

The wineries on the east side, whether north or south of Highway 46E, aren’t as tightly clustered as on the west side. For concentration, tasting along Highway 46E is an easy way to start your east side adventure. The wineries include Barrel 27, Hug, EOS, Robert Hall, Eberle and Tobin James, all popular destinations. We’d enjoyed Eberle and Tobin James many times before. Robert Hall beckoned because of its extensive wine list, production from four different estates on the east side with contrasting soils and terroirs, and its 22-acre hospitality center with gardens, picnic grounds, bocce ball court, reflecting pool, amphitheater that seats 1,000 for concerts, tasting room and parking for 600. 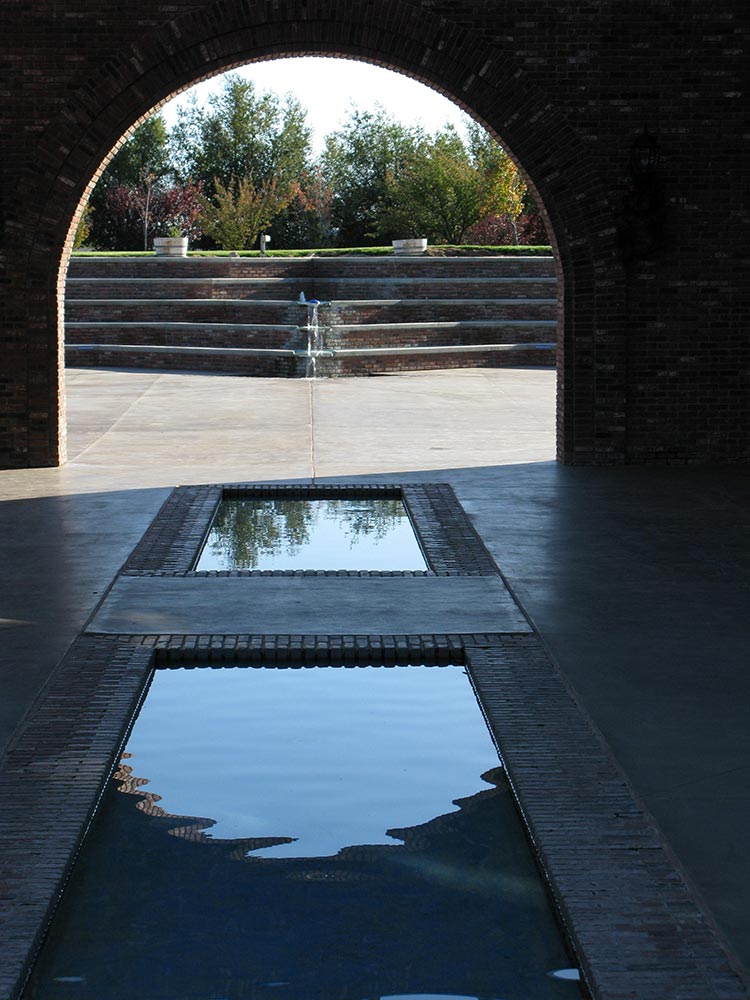 The tasting room features an expansive cherry wood and mahogany bar, high ceilings with big windows for natural light and an underground 19,000-square-foot cavern where they offer barrel tastings. One ebullient male, who seemed to be tasting everything more than once and sharing high praise for the grounds and the wines with everyone within earshot, told all assembled that “this is like Disneyland for winos.”

As with many east side wineries, the estate vineyards of Robert Hall have a mix of soil types, with porous sandy loam, alluvial soils and clay loam the most common, which contribute to the straightforward varietal character in both whites and reds and thicker textures found in most of the reds. Robert Hall practices sustainable farming, harvests some vineyards in the cool morning air to protect the grapes and gives most of its reds 12 to 18 months of barrel aging (French, eastern European oak). 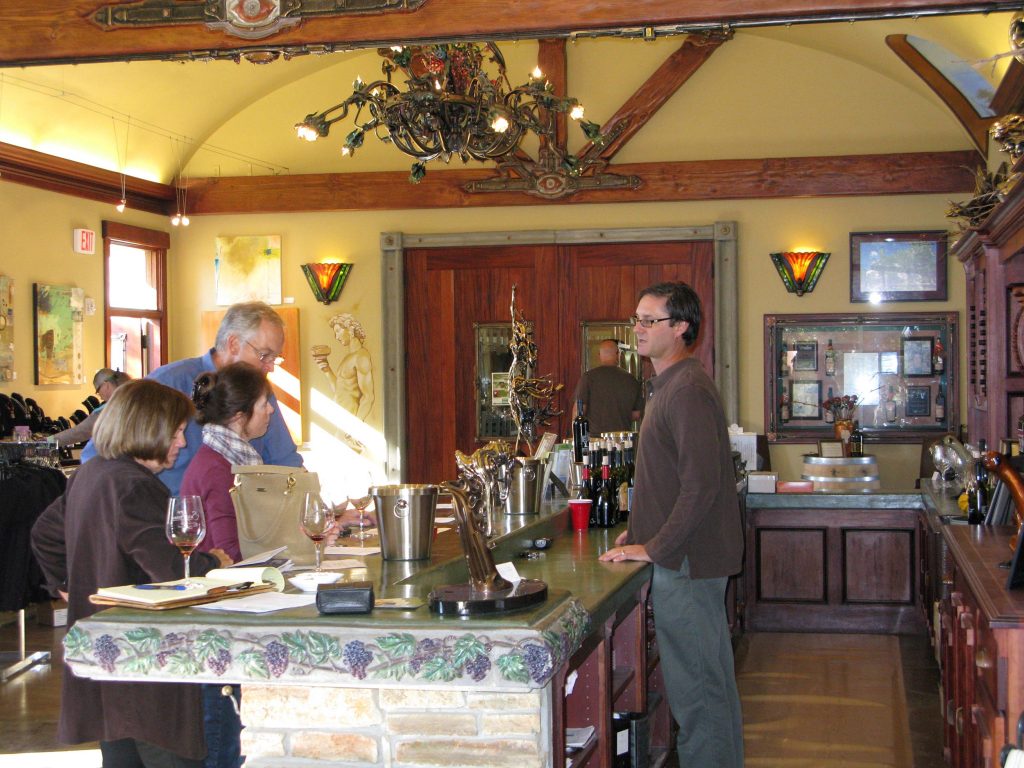 Dr. Warren Frankel, who moved his family and medical practice to Paso Robles from the San Fernando Valley in 1979, started Sculpterra as a pistachio farm in 1979. From 20 acres of pistachios, he followed with 20 acres of Cabernet Sauvignon. The terroir and east side setting proved favorable to making wine so Frankel expanded the vineyard operation in 1997 with more Cabernet Sauvignon, followed by Zinfandel, Merlot. Cabernet Franc, Mourvedre, Petite Sirah, Primitivo and Viognier.

The new Sculpterra winery and tasting room were completed in 2008. The estate is distinguished by both its wines and Frankel’s commitment to art, from the decorative iron fencing and blacksmith work at the entrance to the multimillion-dollar sculpture garden.

Frankel commissioned John Jagger to create large works in the acres around the tasting room. The artist used granite, copper and bronze in creative ways. The sculptures – a mammoth, lion, tarpon, giant corkscrew and more — are up to 15-feet high and 17-feet long and weigh up to 20,000 pounds. Wander the sculpture garden, and then enjoy wines in the tasting room, a work of art unto itself, or on the outdoor patio tables dotted throughout the garden. 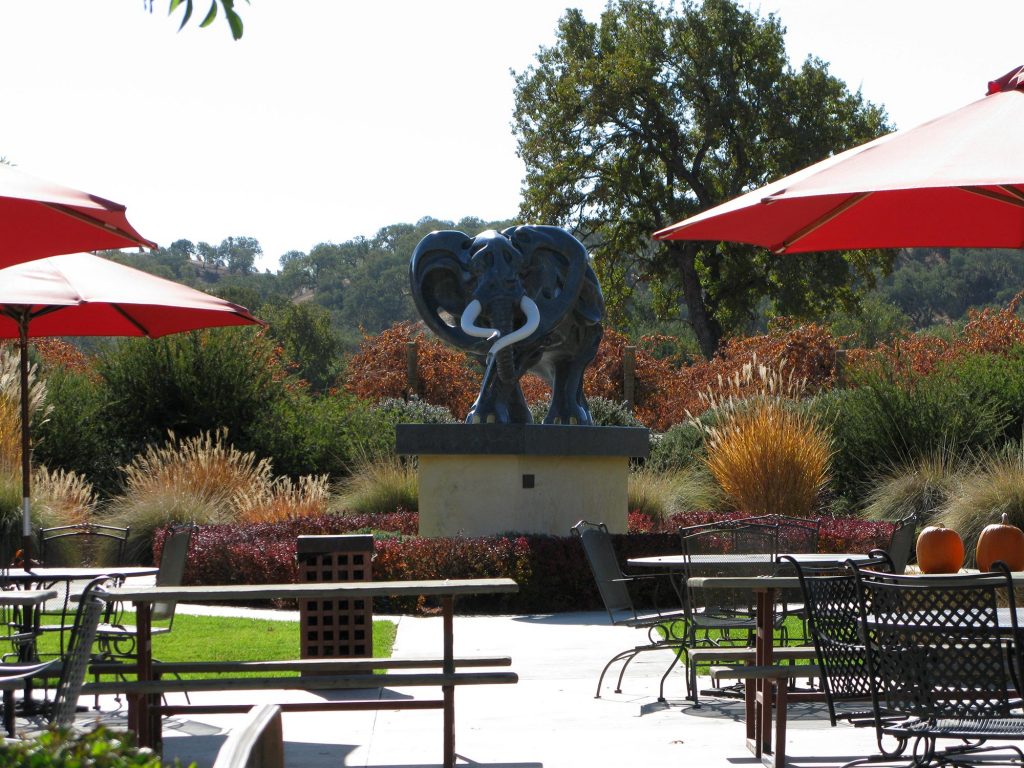 The winery, with Jason Frankel as winemaker, now presses about 100 tons, up from 66. Most grapes are estate grown, excepting Grenache and Syrah, and Jason said they expect to be 100 percent estate grown in two years. They have 260 total acres, with 125 acres in grapes and 30 in pistachios, which continues to be a nice cash crop.

Jason ages the wines in a variety of barrels, such as new French, Hungarian and American for 10 to 24 months in barrel, depending upon the variety.  Sculpterra is one of the few wineries in California playing with Primitivo, which ampelographers have linked to Zinfandel through DNA analysis. Primitivo flourishes in the Puglia region of Italy and has been mostly used to add color and alcohol to red blends. Sculpterra is doing the same in Paso Robles, to good result.

Steve Cass was looking for a prime location on the east side for growing Rhone varietals, but needed water because the east side is warmer and has less rain than the west side. He found the 146-acre site on Linne Road, about five miles east of Paso Robles. Steve said a grower wandered the site dowsing for water and the water witching paid off. They did three test wells and each gushed with 500 gallons per minute. He now has two wells for the vineyards and one for the winery.

He planted his first vineyards in 2001. The alluvial soil, warm weather and cool nights help Cass Winery produce wines with distinct varietal characteristics with added complexities in the reds from pumping over during fermentation and barrel aging with 60 percent new oak. Cass produces 5,000 to 6,000 cases a year and sells additional grapes to other winemakers in the region, including Daou, Tablas Creek, Hahn and Justin.

The tasting room, its adjoining meeting room (with a few barrel racks and a grand piano for ambience) and open space outside the tasting room have become a lively destination for groups of up to 150. Events include piano recitals, Tacos and Tunes, Hair of the Dog party on January 1, picnics on top of the hill, picking party, blending party – just about any reason you can think of. It’s a popular site for weddings, with plenty of room to spread out and even get creative, such as having the bride and groom arrive on horseback.

Cass has a chef who provides daily wine and food pairings, offering a great little respite to sit on the patio out of the sun, compare wines and watch the earth rotate.

Additional wineries to explore on the east side include Bella Luna, Chateau Margene, Pomar Junction and Wild Horse, with more on the website www.backroadswineries.com. 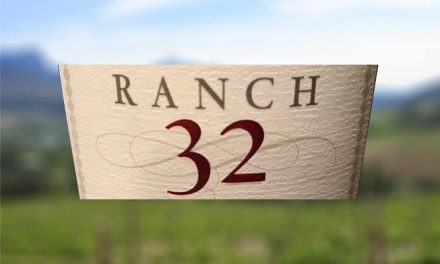 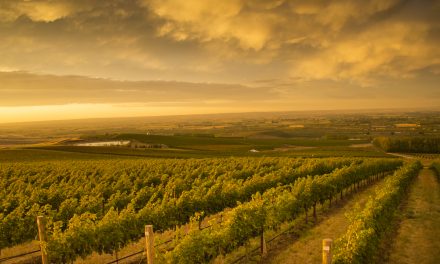 Syrah Smackdown: Appreciating a Sense of Place and Personality