Oregon Pinot Noir: soil, clones and passion for the grape

For fans of the grapes of Burgundy and wine-related travel, the Willamette Valley is worth discovering before the crowds arrive.

The 150-mile long and 60-mile wide valley is Oregon’s largest American Viticultural Area (AVA). It has some 200 wineries and 12,000 acres of grapes spread among native oaks, pines and other trees and near small towns, similar to those found in Sonoma or the Santa Ynez Valley but without the big weekend crowds meandering up from the populous Bay Area or Los Angeles. We visited there recently with members of the Chevaliers du Tastevin, San Diego chapter, on an Oregon Pinot Noir Trail Adventure. 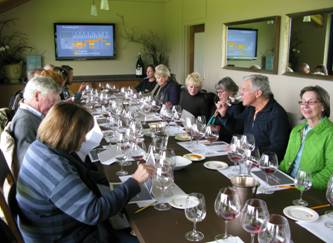 There are no long lines stacked at the tasting counters, no legions of tour groups marching through the towns and villages and packing the restaurants at prime time. Busses are rare. For character, a little 1960s-era hippie patina highlights the towns of Dundee, Newburg and McMinnville.

For $5 to $10, you can sample four to six wines at most wineries with open tasting rooms. If you seem more interested in tasting than quaffing, the tasting room staff (sometimes the winery owner) will open a library edition to show off the changes a little bit of aging can have on wines grown on land that was once a volcanic and sedimentary seabed, or given added nuances by gravel, silt, rocks and boulders supplied some 15,000 years ago by floods from the end of the last Ice Age. The Dundee Hills area, for example, has dark, red Jory soils (of volcanic origin) four to six-feet thick for great drainage while the McMinnville sub-appellation has shallow marine sedimentary loams and silts, with rich alluvial coatings from the floods.

This leads to providing more background than most would care to know about the land, the clones and the winemaking philosophies of the Willamette Valley, which seemed consistent from the smallest 1,000-case producer to the larger commercial ventures, such as Domaine Serene (still small by Napa and Sonoma standards) – a passion for the Pinot Noir grape.

Winery owners and winemakers throughout the valley during our four-day tour showed great understanding of the land and the nuances of each sub-appellation, whether Dundee Hills, Eola-Amity, McMinnville, Ribbon Ridge, Yamhill-Carlton or Chehalem Mountains. Deeper yet was the unified belief that they toiled on land better suited to growing the fickle Pinot Noir grape than most other places on earth. The land gave them the platform for producing great Pinot Noir. Then, what selection or selections of rootstock and clones would be the best for each area?

The French have several centuries of experience knowing their terroir and every row in their vineyards where Pinot Noir can produce epic wines. The literature of Burgundy is rich with details of vineyard delineations where a half a hectare of vines will be designated Grand Cru while across a small dirt road 20 feet away the vines will be Premier Cru, with village wines coming from vineyards further down the hill toward the towns.

The Willamette Valley experience began in 1965, with the first plantings. Early names included David Lett (the first, with Eyrie), Ponzi, Erath and Adelsheim. Clones came and went, including those smuggled into the country in suitcases (Pommard, Wadenswil and Swan), as did different rootstocks, including those infected with phylloxera. Now, the region has settled on a nursery full of proven Pinot Noir and Chardonnay clones all legally quarantined and approved by the proper authorities over the decades.

The major clones found most frequently in the Willamette Valley vineyards include: Pommard clones (from the French region) and Dijon clones 113, 114, 115, 777, 667 and 828 (the numbers refer to certified clones cultivated in France and then registered at Oregon State University as they went through quarantine). We enjoyed an educational clone tasting at WillaKenzie Estate, which makes wine from the whole panoply of nine clones in its vineyards. The program included wines made from different clones using the same, exact winemaking techniques on each. The clones were known for different characteristics: early and later ripening; lower and higher yields; smaller or bigger clusters; and different characteristics exhibited in the wines (color, nose, palate, balance, elegance, etc.). It is the latter where the winemakers work their magic in creating wines they feel are distinctive, capturing the character of the soil and clones and blend with science (with some luck) in a manner not possible on the other side of the valley, across the road or in another state or country.

Our group of well-traveled Burgundy lovers favored wines made from the 115 (fruity Pinot Noir nose, hints of earth, stems; good tannins) and the 777 (a bigger style, starting with darker color; ripe grape aroma, berries and stems; mid-big body; long finish; needs to age). Interestingly, the two clones turned out to be used in combination by several wineries, along with the Pommard and Wadenswil clones). 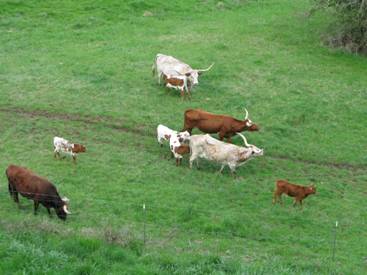 To show a little of the country character of the valley, the shot above shows a herd of Texas Longhorns at WillaKenzie (four-legged variety) meandering down a pasture made thick and green with new spring growth from recent rains.

Next: Getting beyond the boring science to what tastes good 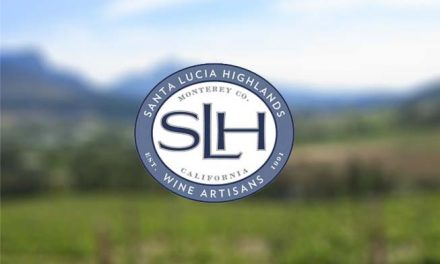 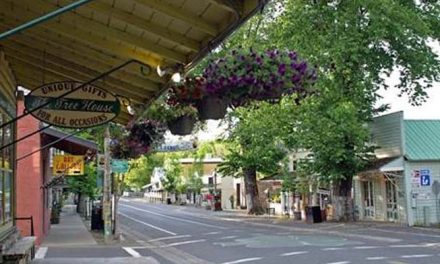 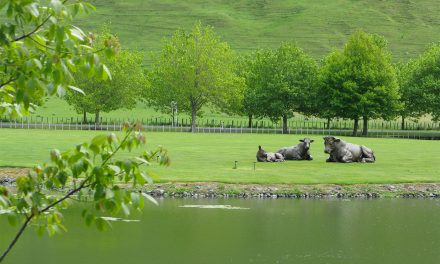 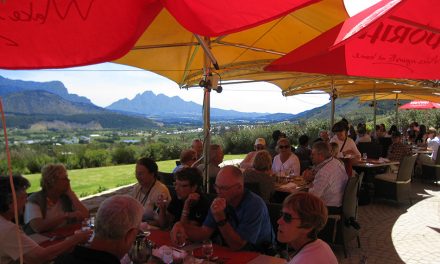