How about Mouton in a screwtop bottle???

Wine lovers probably won???t see this in the next few decades or centuries, but sealing almost all wines with a screwtop closure will be better for wineries, restaurants, retailers and ultimately every wine drinker on earth. Two reasons: studies show screwtop closures endure over time better than other closures and in some 35 years of buying and cellaring wines I???ve found about one in four bottles of wine over 15 years old have cork problems.??

The wines have been from California, France and Italy.?? Even the longest corks in fine wines from reputable wineries and estates can crumble, break or turn to mush in the center.?? The most recent example: suffering?? a soft and crumbling cork when opening a 1989 vintage Chateau Palmer from Margaux for a dinner party.?? We salvaged it with an Ah-So and decanting it through a coffee filter.?? But where???s the romance?

Other recent issues with breaking corks were suffered with a 1994 Heitz Martha???s Vineyard, 1986 Pichon Lalande and a 1995 Drouhin Gevrey Chambertin.??

How to fix? Having enjoyed the convenience and dependability of screwtop closures with most wines from New Zealand and Australia and the growing ranks of American wines under $15 for the most part, I think more wineries should join the screwtop evolution.?? I saw the potential in New Zealand a few years ago when more than half the winners of the Air New Zealand wine competition were in screwtop bottles. Randall Grahm, the ???terroirist??? and Rhone Ranger from Bonny Doon in California, bottles all his wines in screwtops because he believes they stay fruitier and more intense than if issued in cork bottles, which he did for decades.

Traditional corks are also being replaced by stoppers made from a variety of materials.?? As recently reported in The Wall Street Journal (http://bit.ly/d6Ycpa), Nomacorc, of Zebulon, N.C., cranks out?? 1.4 billion plastic corks a year. Now, some 20 percent of all wines use plastic corks.?? Another 11 percent are in screwtops.?? The WSJ noted that the trend has caused the dominant natural cork producers to launch a $25 million against screwtops and faux-cork closures.

The corkers make claims about quality and tradition associated with cork and hint at potential disaster for quality screwtop wines cellared for any length of time. For those of the screwtop persuasion, validation just came from the results of a 10-year study from the Australian Wine Research Institute (AWRI).

As covered in The Wine Spectator (http://bit.ly/bZA7ez) , the AWRI launched a longitudinal study to see how wines developed under corks of different compositions. The goal: determine the best performing cork.

The trial used bottles of a 1999 Clare S??millon made at Leasingham.?? They used 14 different closures, including various corks, synthetic corks and screw cap. Once a year, researchers opened, analyzed and tasted a range of the wines in the lab.

The Wine Spectator quoted the group manager at AWRI, Peter Godden, of not expecting the screw cap to be a factor.?? “It didn’t take long to work out that it was going to be the most reliable performer and, as it turns out, the results are emphatic,??? Godden told The Wine Spectator. ???The wine under screw cap was classic aged S??millon and was wonderful to drink.”

In addition to finding TCA in corks, the study showed the impact of oxidation on the wines.?? After ten years, the screwtop bottle was still the proper color. Some had approached maderization (caramel-colored).?? Even after ten years, the screwtop wines showed ???an appealing aged character while retaining freshness in blind tastings,??? according to The Wine Spectator.?? “Most of the wines sealed with closures other than screw cap were completely undrinkable,??? Godden said.

Here???s hoping we can look forward to further studies from the AWRI, perhaps a longitudinal study over the next 20 years on fine red wines in screwtops.???? 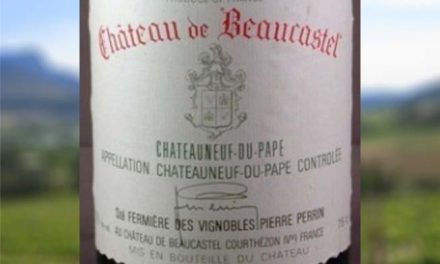