Variations in the Nose (yours, mine and Robert Parker’s)! 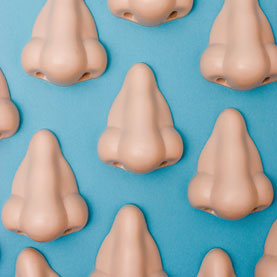 Scientific American just published a short piece on “You Smell Flowers, I Smell Stale Urine” that answers a few of the questions about where wine writers (including yours truly!) come up with their descriptors in their tasting notes and a hint at their prejudices and preferences.  As noted in the article:

Scientists have long known that people perceive scents differently. But emerging evidence from several large-scale studies shows that the variation is larger than previously known. It turns out that people differ in how they perceive many if not all odors, and most of us have at least one scent we cannot detect at all. “Everybody’s olfactory world is a unique, private world,” says Andreas Keller, a geneticist at the Rockefeller University.

Over the course of evolution, humans became less reliant on smell for survival and our olfactory receptors began mutating. The result: different sensitivities. The publication cited one study where researchers asked 500 people to rate a panel of 66 odors for intensity and pleasantness. They gave the full range of responses—from weak to intense and from pleasant to unpleasant. In an ongoing study at the University of Dresden, researchers have tested 1,500 young adults on a panel of 20 odors and found specific insensitivities to all but one—citralva, which has a citrus smell. Based on these findings, Keller “suspects that each person has an olfactory blind spot.”

I am ultra-sensitive to alcohol levels, not bad on  varietals, oak and terroir and lousy on some off-odors such as brettanomyces (barnyard, stable and worse) and sulfur. Given our own blind spots, sensitivities and insensitivities, we can extrapolate in general about the olfactory equipment and preferences of different wine writers, based on their tasting notes.  For example, the same Cabernet Sauvignon from the Central Coast of California was described as "rubber boot" by one publication and "herbaceous and bell pepper" by another. Some writers (this one, for example) are turned off by "over-ripe prunes" from high-alcohol (14.8 and higher) Cabernet and Bordeaux-style wines while others revel in these turbo-charged exaggerations as having  "fruit forward intensity with blackberries, cassis and mint; a powerhouse!"

Unfortunately, the latter is hard to match with food and won’t age well; the fruit of these monsters typically dies and the alcohol dominates in less than a decade.  How can one tell if a wine is going to age well?  As wine experts have always noted: the nose knows first, then provide final affirmation with our assessment of body, style, structure, hotness (from high alcohol) and quality of the finish.

Bottom line: if you like it, it’s good!  Depend on wine writers for general guidance and new ideas. 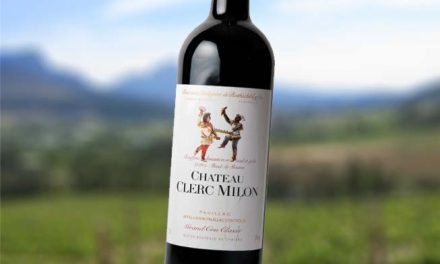 California Wine: Beyond Napa and Sonoma Cabernet Sauvignon and Chardonnay

Starting 2011 with Great Wine Values and a Few Classics